I have just looked at the date on my last post and realized that it has been exactly a month since I last wrote. The long break was certainly unintentional - more likely a sign of my state of transit and, at least partially, a lack of internet during my weeks in China. Since my last tour of China had been 10 years ago, I was most interested in making comparisons - noting progress and changes - for better or for worse. The streets that were once filled with bicycles and pedal vehicles of all sorts are now as congested with cars as any western city. Bikes have been updated with motors and the food vendors on the streets are now electrified - I didn't see a single open fire. Rice cookers and electric steamers have replaced open coals.

Our audiences in China seemed genuinely enthusiastic; it did appear that there were more middle class listeners ( though I can't be sure) than 10 years ago. The concert halls were full, the audiences appreciated our light programs, but applauded most for our renditions of Chinese folk songs. It was a good tour.

After ten days of Chinese culture, it was very comforting to arrive in Berlin again - home . . . familiar surroundings and friends and my own empty refridgerator! The euphoria of being in Berlin didn't last long, though, as I very quickly decided to make a trip to my childhood home in western New York State. I have been here for a week now - here I have the exquisite privilege of coming home to the village and the house I grew up in. I can sit in the living room with my father and brother, sleep in the same bed I knew as a child and immerse myself in the surroundings I have known for my whole life. This is home. This is fantastic.

And, as much of the east coast of the USA digs out from a large snowstorm, we, in western NY, bathed in sunshine today and witnessed a spectacular sunset. (This may very likely be my next subject for a watercolor . . .)
Musically the past weeks have been dominated by the programs we presented in China - lots of "Blue Danube" and Strauss polkas . . . but also Beethoven 8. This symphony undoubtedly doesn't have the weight of the 3rd, 5th or 9th, but is still charming, full of contrast and lots of fun to play. I'm convinced that Beethoven must have chuckled while composing it. I have chosen another recording with Bernstein (he is definitely my favorite) this time with Vienna. I really enjoy watching Bernstein's expressions while conducting. https://www.youtube.com/watch?v=cITK6WgZj4M  It may also be worth noting that this orchestra was one of the last to retain its "all male" status.

There isn't a female to be seen in the whole orchestra. Things have changed since 1970!

Email ThisBlogThis!Share to TwitterShare to FacebookShare to Pinterest
Labels: All that Jazz

New from the KLangArt Studio 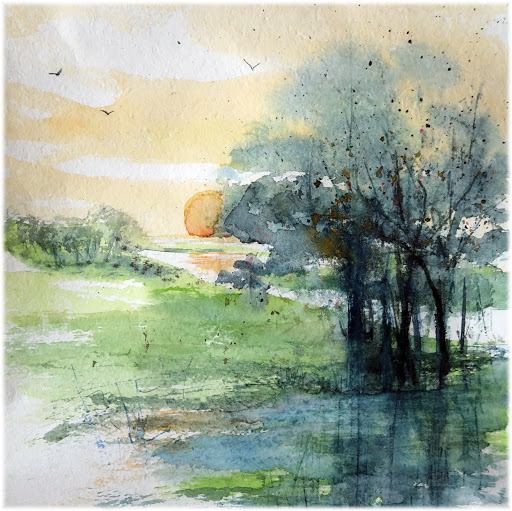 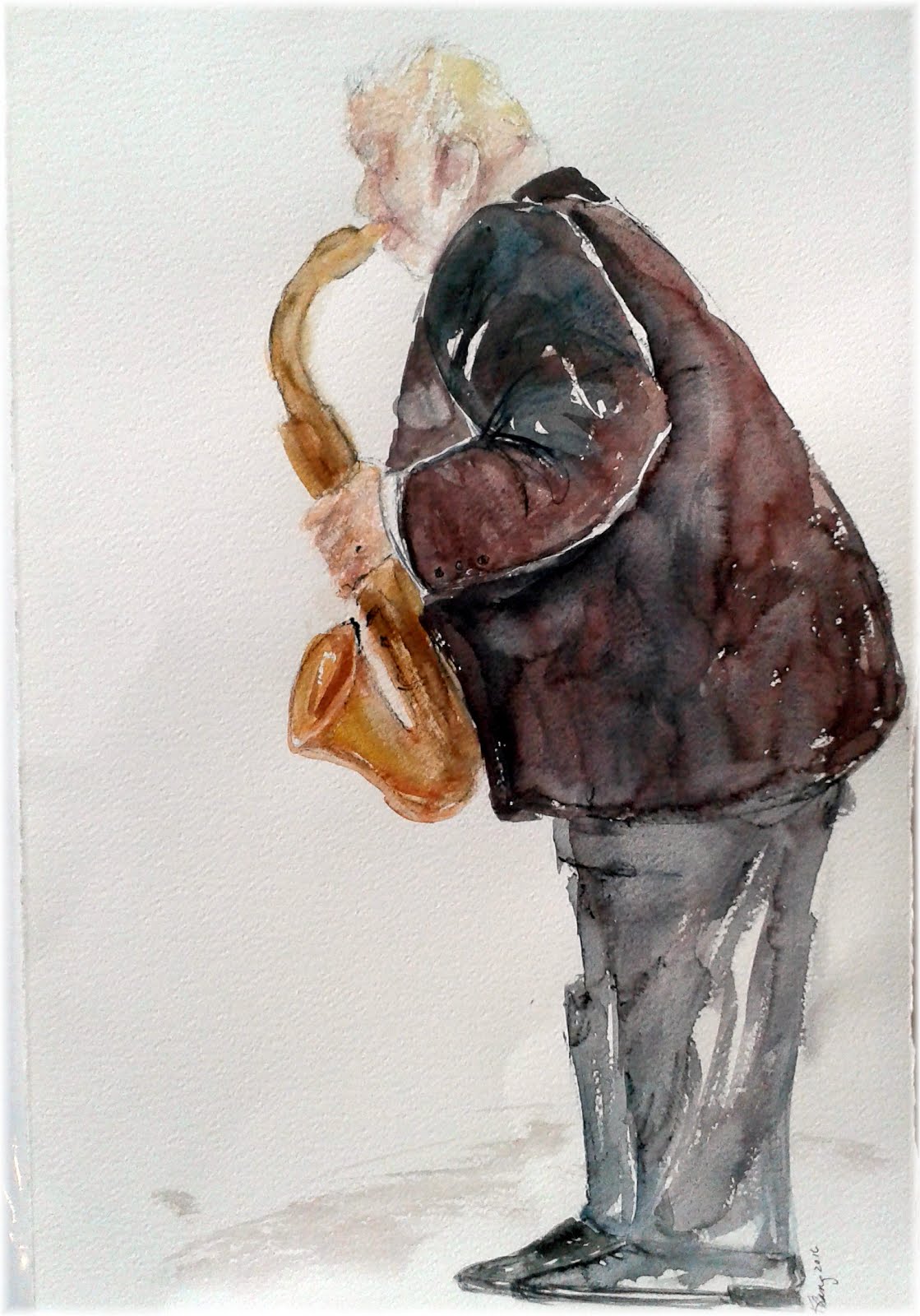 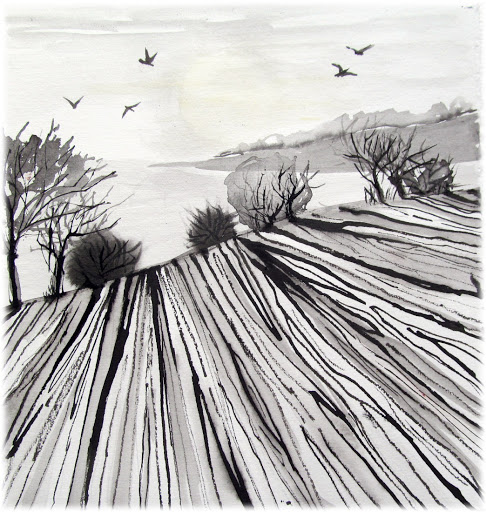 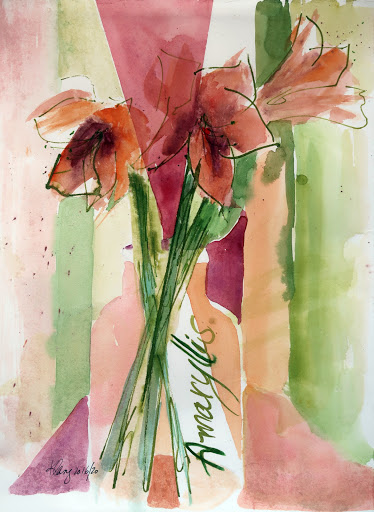